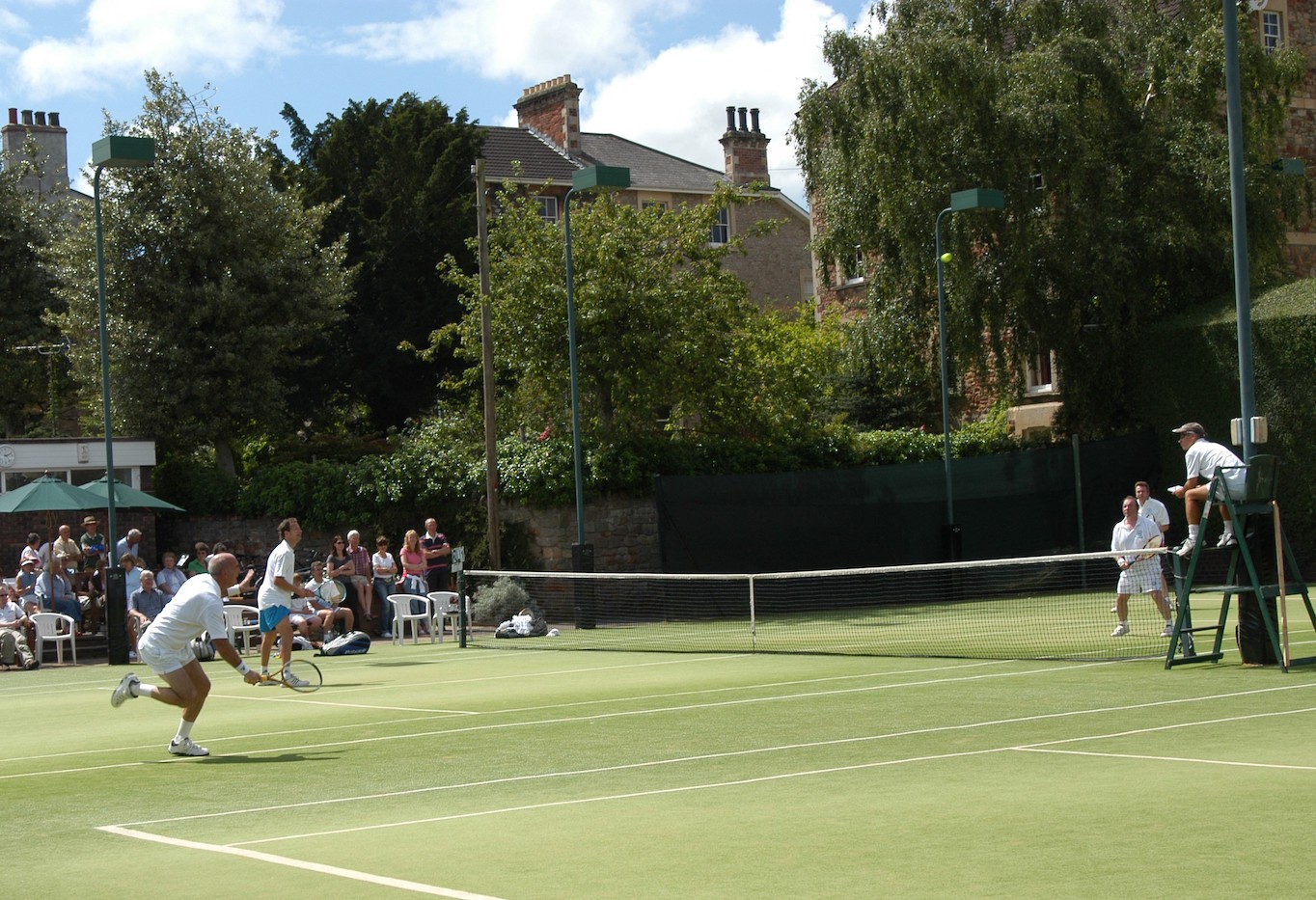 The courts in play (exhibition match in 2007)

When play at the club started in 1882 CLTC had two grass and two asphalt courts, courts 1 and 2 being grass, 3 and 4 asphalt. In 1886 we know there were four grass and three asphalt. By the 1940s shale had replaced asphalt on courts 3, 4 and 5. This was still the situation at the time the grounds were purchased. In 1982, to mark the club’s centenary, it was decided to upgrade two of the shale courts which, because of frost and bad weather, were virtually unplayable from October until April, so the club had no facilities for winter play.

The chairman, David Hoyle, and the treasurer, Julian Pallister started looking round for alternative surfaces. As Julian recounts, a visit to the Lansdown Club in Bath quickly provided the answer: ‘We arrived on a sunny morning in January and saw these fabulous courts looking just like grass courts without a weed in sight!’ When our first artificial grass courts were installed (courts 3 and 4), it was probable that we were only the sixth club in the country to have them. The new artificial grass proved so successful that between 1985 and 2012 it was extended to the remaining 5 courts, along with floodlighting, enabling us to cater for the increasing number of members.