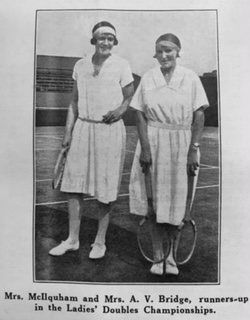 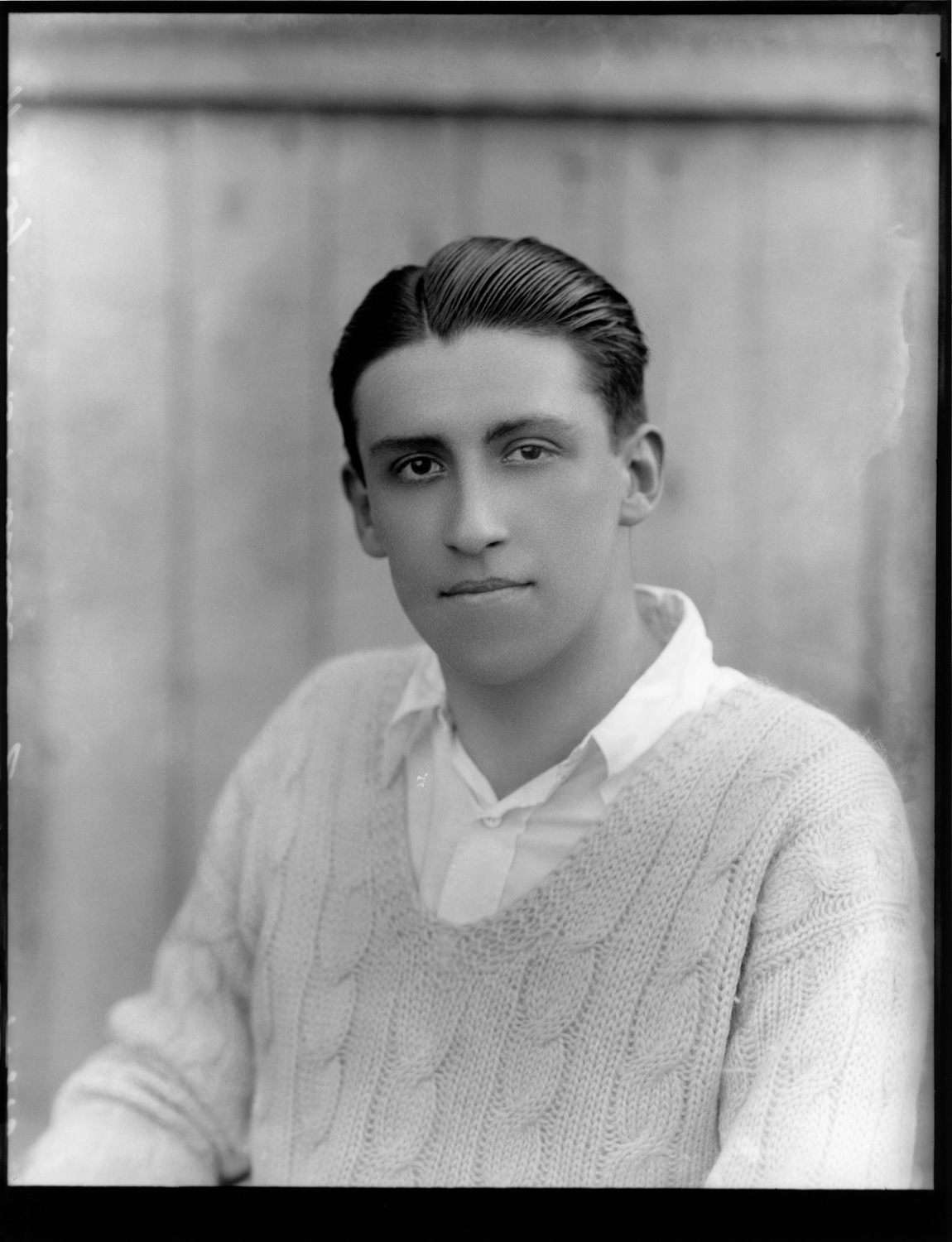 Whilst CLTC would find it difficult to continue providing a flow of national class players after the war, the introduction in 1923 of the Singles Champions boards at CLTC enables us to trace a long list of lesser names up to the present day. Top must be Mrs A.V. Bridge. Born Kathleen Lidderdale in 1894 she had first made her name as an international hockey player but by 1921 was winning regional tennis championships. There were wins at Bournemouth and Teignmouth that year, Reading the next and Teignmouth again in 1923 and 1924, when marriage to Allman V. Bridge brought her to Clifton and CLTC. By then she had already played once at Wimbledon, reaching the 4th round in the Singles in 1923. She played there for a further six years, up to 1931, the highlight being 1925 where she reached the Final of the Ladies’ Doubles, losing to the great Suzanne Lenglen and Elizabeth Ryan 6-2, 6-2. En route, there had been notable wins over Kitty McKane in the 2nd round, Joan Fry in the 3rd and Dorothea Lambert-Chambers in the semi finals (6-1, 2-6, 6-4). Writing in 1953, J.G. Smyth classed Lenglen and Ryan as ‘the greatest women’s doubles combination of all time’.

At CLTC she dominated the Honours Board for a while with the first of her 5 wins being in 1927. Her success at the West of England Championships was no less impressive, taking the Singles and Doubles in 1925, the Singles and Mixed in 1930 and the Doubles again in 1931 and 1935.

In the 1930 West of England Mixed, Mrs Bridge was paired with Henry Beaufoy Purcell, another CLTC player, who, like her, had won the club Singles that year. He was to put in the next Clifton bid for success at Wimbledon. For nine consecutive years from 1929-37, he usually took his opponent to four sets in Round 1 and twice made it to Round 2, where, in 1933, he lost to the great Baron Gottfried von Cramm. Purcell must have cut quite a dash in the 1930s as we can see from his Bassano portrait.

Also introduced in 1923, along with the honours boards, were two fine silver trophies, each donated by a member, engraved annually and still in use today. Extensive restoration was carried out at the members’ wishes in 2021. These show that normal life at the tennis club continued through the 1920s and ‘30s, coming to an abrupt end with the outbreak of war in 1939.