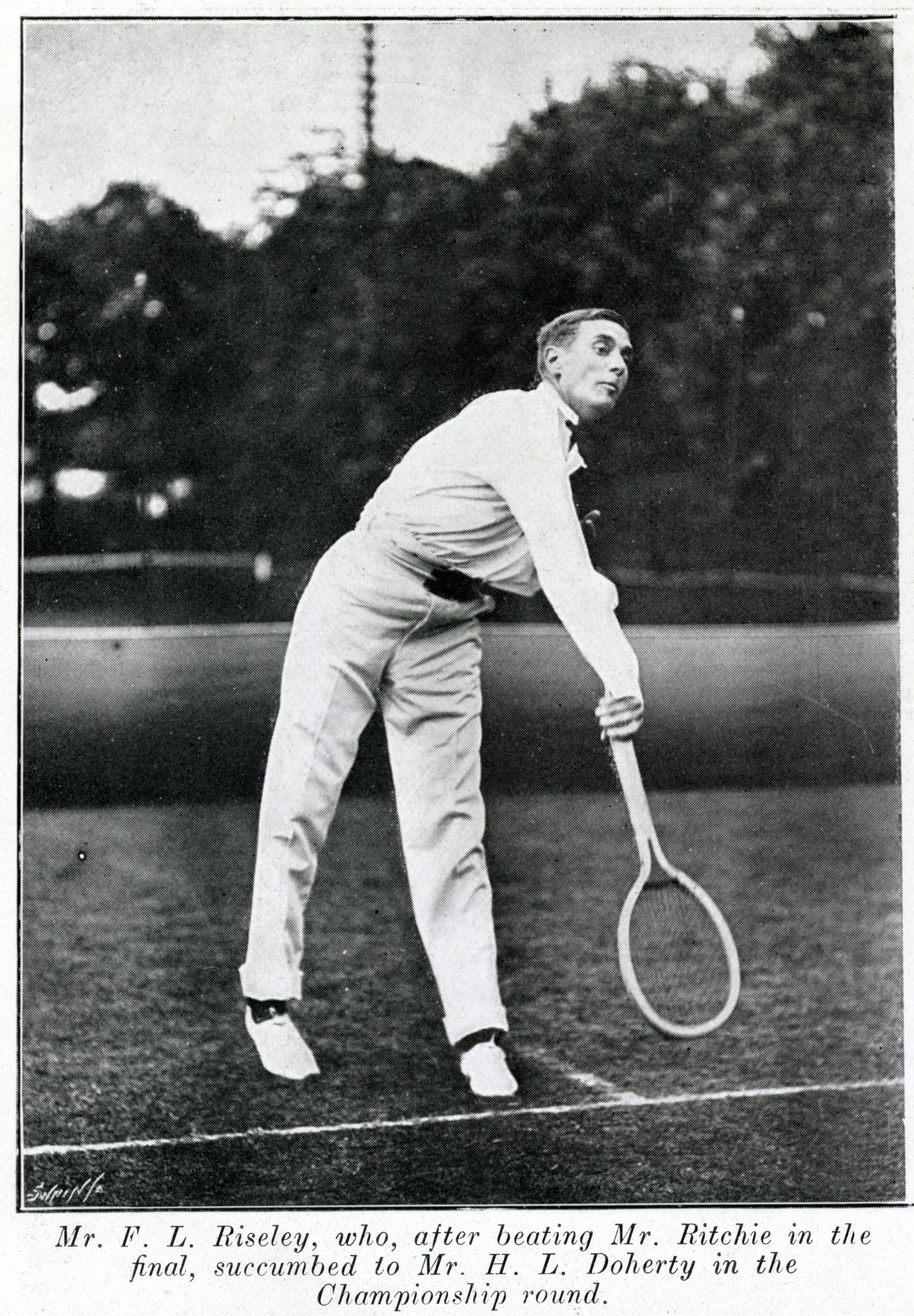 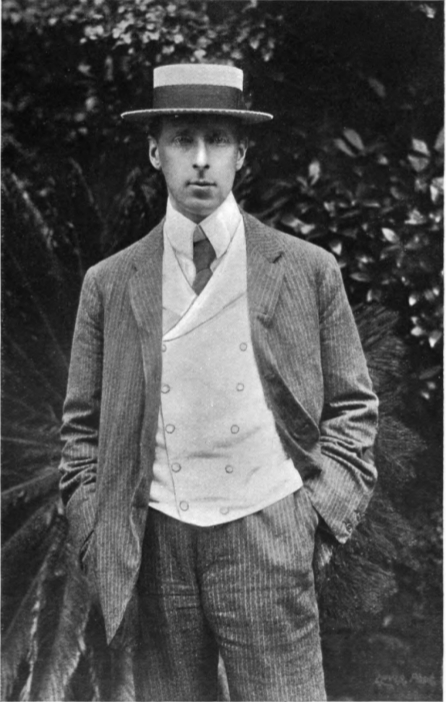 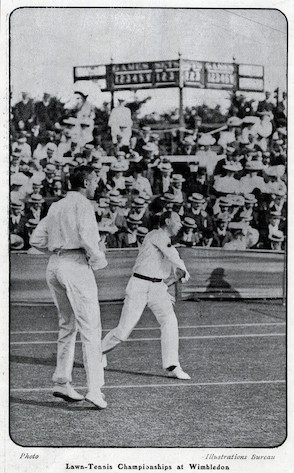 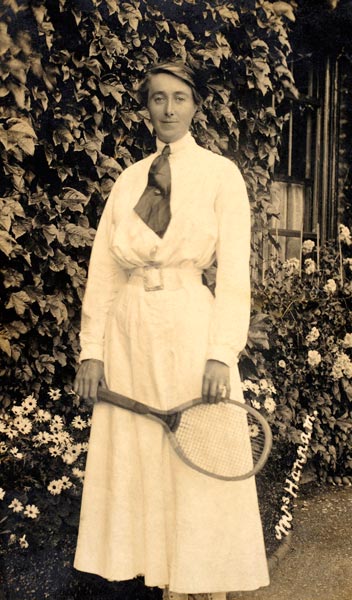 Such success was due in part to the windfall arrival at the club of Sidney Howard Smith and the three Riseley brothers: Stanley, Arthur and Frank, all brought up at 12 Cotham Park. The Lawn Tennis magazine of July 1900 shows how crucial Arthur and Frank were in the match against Middlesex and describes how

‘the Riseleys played their usual dashing game, their service, their return of the service, and their killing when close to the net being very good, and they won their matches without the loss of a set’.

Playing for Gloucestershire against Yorkshire in the same year, Lawn Tennis noted that ‘at times the court hardly seemed big enough for them’.

Frank was playing for the CLTC seniors’ team from 1892, aged 15 and in 1896 and again in 1897 reached the Quarter Finals at Wimbledon. He made the Finals three times between 1903 and 1906. In a formidable pairing with his friend and fellow CLTC member S.H. Smith, they succeeded twice (1902 & 1906) in breaking the Doherty bothers’ stranglehold on the Wimbledon Men’s Doubles. They were also runners up in the three intervening years.

Smith’s Singles achievements were also remarkable at Wimbledon: three times a Quarter Finalist, four times a Semi-Finalist and three times a Finalist. In the Mixed Doubles he won twice with Mrs Larcombe in 1903 & 4.

Both men were selected to play Davis cup, Riseley four times and Smith twice. And more recognition was forthcoming for Riseley with the introduction of two endorsed tennis rackets, the Riseley Special by Slazenger and the Riseley Hexagon by F.A. Davis of London.

Mrs Hannam, the greatest woman player to emerge from CLTC, started by playing at the club with her brothers, John and George Boucher. In 1911 fresh from winning the Gloucestershire tournament, played at Clifton (her brother John won the men’s), she beat all the leading names to reach the Ladies’ Singles Finals at Wimbledon. In 1912 she entered again as joint favourite to win, but lost in a third round clash described as ‘one of the best games ever seen in the event’, to the eventual winner Mrs Larcombe. The tables were turned at Edgbaston a month later. Comparing the two at the end of that season, the Daily Telegraph expressed it thus:

Those who prefer perfect style, delicacy of touch, and versatility of stroke would doubtless vote for Mrs Larcombe. Devotees of vigorous, almost masculine, driving, a break service, and supreme confidence, would pin their faith to Mrs Hannam.’

Mrs Hannam’s list of regional championship wins was prodigious: 6 times at Cheltenham, 5 times at the Welsh, 4 times at Hampshire, 3 at the Midland, 3 at Nottinghamshire, and 3 at Warwickshire. Eventually lasting fame was secured in the 1912 Olympics, where she won 2 gold medals. Needless to say, World War I put an end to further glory on court.

After that early golden age, few Clifton players stand out in quite the same way but one who did was Mrs Perret. Born in 1870 and married at All Saints Church, Pembroke Road in 1897, she had won tournaments up and down the country and in France too from 1902, sometimes giving the greatest names of the day a run for their money. After victory with the Clifton mixed team at Cheltenham in July 1911 and a fine win over Elizabeth Ryan at Warwick in 1912, she made her name on the Riviera before WW1. Shortly after the war, she appeared at the first Wimbledon in the Mixed with Hope Crisp, who had won this event in 1913 but had lost a leg in action on the Western Front. Together, they reached the 2nd round.

By 1923, she was playing in the Singles and the Ladies’ Doubles. Duncan Macaulay tells how she and her partner were drawn in the first round against the famous champions Suzanne Lenglen and Elizabeth Ryan and the match was put on Centre Court:

The British pair won the toss and Mrs Perrett served. Suzanne Lenglen never saw the first ball at all. It swished from Mrs Perrett’s skirt over the net and scuttled away for a clean ace. Miss Ryan never got her racket to the second delivery either, and it took several games before the Champions really got the hang of it.

Indeed Mrs Perrett’s game continued to cause trouble. Writing about 1934, when no-one knew how old she was (she was 64), J.G. Smyth says:

I can’t talk about the Bristol tournament without mentioning one remarkable lady player, Mrs Perrett. She was magnificent – and quite indestructible. I saw her once on a very hot day at Bristol when she was put on to play against a younger player of eighteen. She had gone on to play at 2 p.m. and by 5 p.m. I went down myself to find out what had happened. She was coming up the path and I said to her: ‘Mrs Perrett, what on earth has happened?’ She replied: ‘Well the match isn’t really over yet but my opponent has fainted and the umpire has awarded the match to me. I shall be able to play my next match in about half an hour.’

Many years later in his 1961 talk reminiscing on the club’s history, G.H. Boucher referred to her as ‘a really considerable player and one whom you all knew. Believe me, on a wet court in my young days, we had to lie on the ground to return her underhand serve. I think she was the best player we turned out in the ‘90s’.