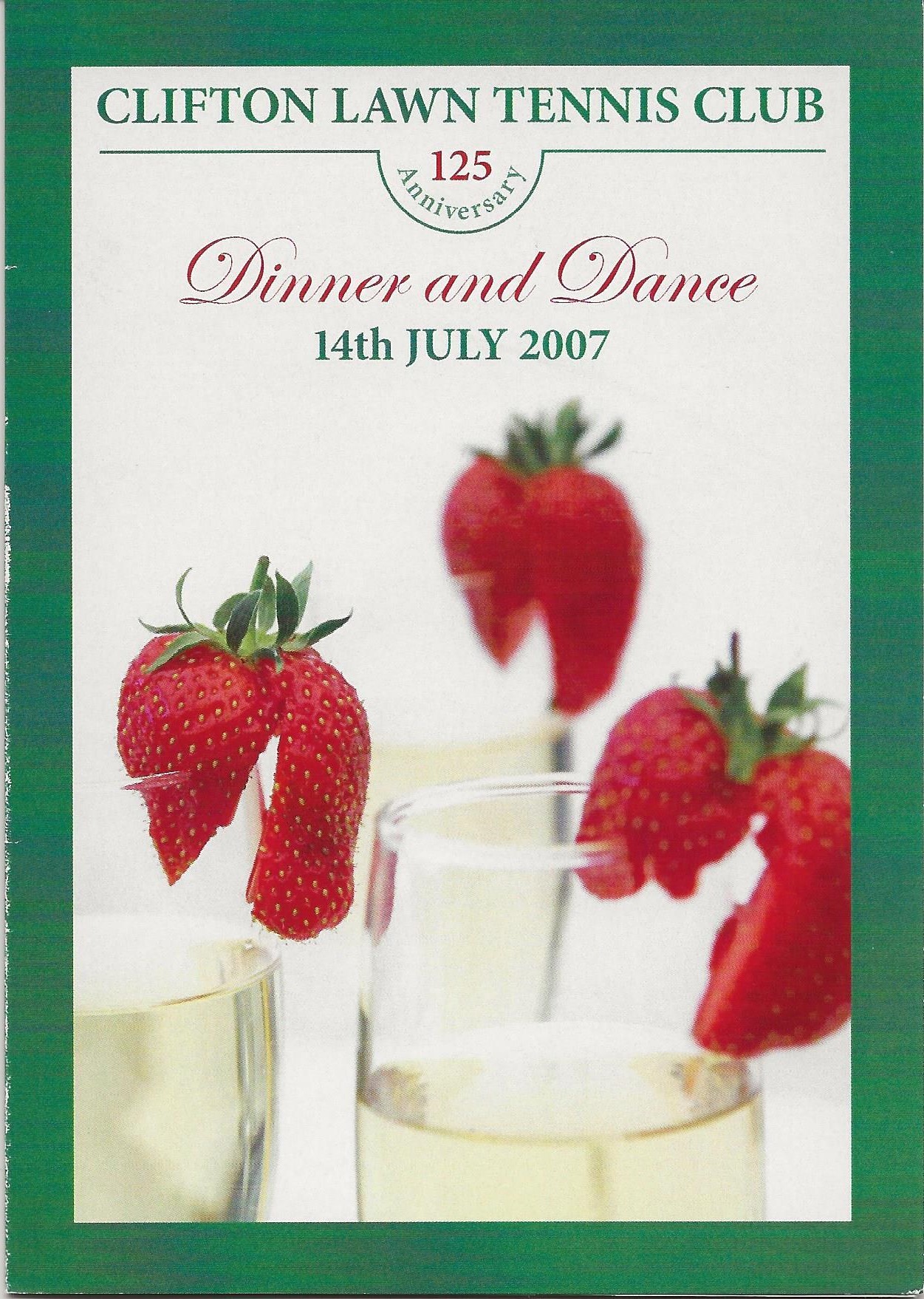 Invitation to the 125 celebrations

Clifton has always been good at marking and celebrating important anniversaries. A small single sheet was printed for its 50th anniversary, which contains a vital handful of details not available elsewhere. There may well have been a dinner or ball to mark the occasion, but no trace survives.

CLTC celebrated its 80th anniversary with a black tie dinner and ball at the Royal West of England Academy. As the 100th anniversary approached, something much grander was planned: a Centenary ball in a marquee on the grounds of Clifton High School in dinner jackets and Victorian Dress in July and a Centenary dinner at the Grand Hotel in November.

The 125th Anniversary took a year to plan. It featured an exhibition, put together by Anthony Richards, and a weekend of events organised under the auspices of the chairman, Graham Heywood, and the treasurer, Julian Pallister. On Saturday night a ‘Dinner and Dance’ was held in a marquee at the grounds. Proceedings started with champagne on the lawns, before moving inside to a sit-down dinner prepared by the catering company of Clifton member Anne Guy, herself a fine tennis player.  The club had little difficulty in persuading Old Cliftonian, John Inverdale, the well-known sports presenter, to make an interesting and at times highly irreverent after-dinner speech.  It was preceded by a talk from John Pool on the remarkable acquisition of the club grounds from British Rail in 1971. The festivities continued on Sunday with a pig roast, a mixed generation tournament, and a cream tea swinging to the sound of the Muskrats jazz band, led by more club talent in the shape of Club Secretary Reg Andlaw on trumpet.

Sadly Covid-19 prevented any celebration of the club’s 140th anniversary but the pandemic lockdown did enable the completion and publication of its long overdue history, which is where you will find the full story, the characters, the anecdotes, the astonishing details and a wealth of illustration.