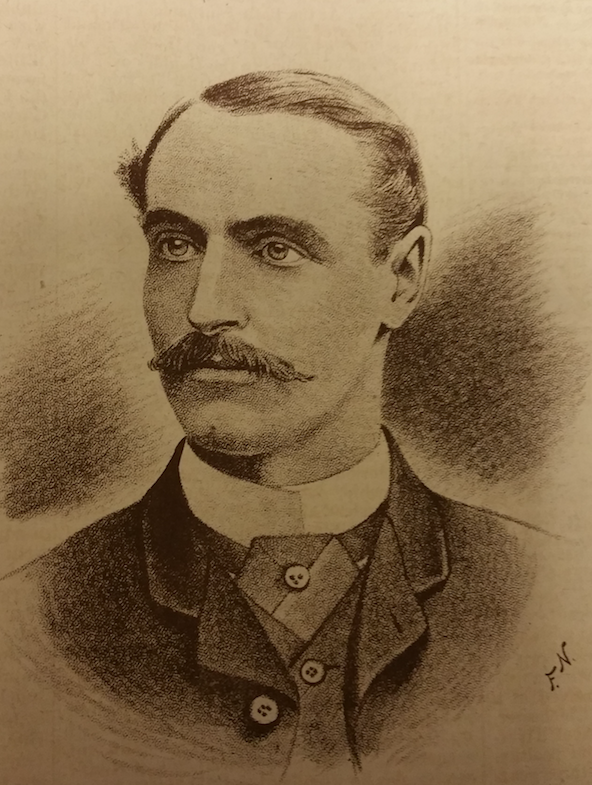 ‘A new game has just been patented by Major Clopton Wingfield, late 1st Dragoon Guards, which, if we mistake not, will become a national pastime’.

It came in a boxed set containing poles, pegs and netting, 4 rackets, 12 rubber-coated and flannel-covered balls, a mallet, brushes and a rule book, the whole costing 5 guineas. The new game was lawn tennis, patented in December 1873, and that review from the Army and Navy Gazette of March 1874 proved prophetic. The game was received with great enthusiasm, not only in the British Isles but also in the U.S., France and Germany. 1,050 boxed sets were sold in the first year alone and within two years Wingfield’s version of tennis had covered the globe. The need for clubs was soon clear.

Our own club was founded at a meeting in the Artillery Rooms, a large venue in Clifton in October 1881. The founding committee was made up of prominent citizens including a banker, doctors, army officers, the city surveyor, local gentry and enthusiasts. Even the Duke of Beaufort, who was to give his name to the emerging road in which the club would find itself, was supportive.

Ground was available in this large and prosperous developing suburb because the new railway line between the city and the docks at Avonmouth passed directly beneath it and the railway surveyors were worried about possible subsidence and insisted that no houses should be built over it.

By 2nd November 1881 the Clifton Chronicle was able to announce,

‘The Clifton Lawn Tennis Club have, we understand, taken on a lease a piece of enclosed ground in Beaufort Road, belonging to the Midland Railway Co, which will afford room for seven courts, two of which, asphalted for winter play, are in the course of construction, and will be finished very shortly.’

Courts were duly ready for play during August 1882. By this date both Bath and Cheltenham had tennis clubs and some of the large Clifton houses had private courts, for the country abounded with enthusiasts. Two of these, both articled clerks, were a driving force in the founding of Clifton Lawn Tennis Club; Charles Lacy Sweet and George Montague Butterworth, aged 20 and 22 respectively, were both Wimbledon members, Butterworth a Wimbledon semi-finalist in 1880 and Lacy Sweet a semi-finalist in 1887.